Genesis 12:3
“I will bless those who bless you, and him who dishonors you I will curse, and in you all the families of the earth shall be blessed.”

“In 1947, the UN voted to divide the land called Palestine (not a country) into a Jewish state and an Arab state. The Jews accepted the United Nations partition but no Arab or any other Muslim country accepted it. When British rule ended on May 15, 1948, the armies of all the neighboring Arab states (i.e. Lebanon, Syria, Iraq, Jordan and Egypt) attacked the one day old state of Israel in order to destroy it but to the world’s surprise the little Jewish state survived. Then it happened again.

In 1967, the dictator of Egypt Abdel Nasser announced his plan in his words to “destroy Israel”. He placed Egyptian troops on Israel’s border and armies of surrounding Arab countries were also mobilized to attack. However, Israel preemptively attacked Egypt and Syria. Israel did not attack Jordan and begged Jordan’s King to not join the war but he did and only because of that did Israel take control of Jordanian land, specifically the West Bank of the Jordan River. Shortly after the war the Arab states went to Khartoum, Sudan and announced their famous Three No’s.

What was Israel supposed to do? Well, one thing Israel did a little more than a decade later in 1978, was to give the entire Sinai Peninsula an area of land bigger than Israel itself and with oil back to Egypt because Egypt under new leadership signed a peace agreement with Israel. So, Israel gave land for the promise of peace with Egypt and it has always been willing to do the same thing with the “Palestinians”.

All the so called “Palestinians” have ever had to do is recognize Israel as a Jewish state and to promise to live in peace with it but when Israel has proposed trading land for peace as it did in 2000, when it agreed to give Palestinians a sovereign state in more than 95%+ of the West Bank and all of Gaza, the Palestinian leadership rejected the offer and instead responded by sending waves of suicide terrorists into Israel.

Meanwhile, Palestinian radio, television and school curricula remained filled with glorification of terrorists, demonization of Jews and the daily repeated message that Israel should cease to exist.

It is a simple problem to describe…One side wants the other dead. If they didn’t, then there would be peace. Please remember this, there has never been a state in the geographic area known as Palestine that was not Jewish. Israel is the third Jewish state to exist in that area. There was never an Arab state, never a Palestinian state, never a Muslim or any other state. That’s the issue. Why can’t the one Jewish state the size of El Salvador be allowed to exist. That’s the Middle East problem.” – Dennis Prager

The Middle East Problem: The Real Truth About The Palestine Israel Conflict

Robert Spencer: How the "Palestinians" were invented

Why Isn't There a Palestinian State?

The Truth About Jerusalem

Is the UN Fair to Israel?

"Algeria, where are your Jews?" — Hillel Neuer silences the U.N.

ALERT! Is the 3rd Temple Under Construction??

The Third Temple & The Islamic Antichrist

PM Netanyahu just ROCKED the world in this 2 minute speech

Israel Preparing For All Out War

At least 26 killed in missile strike on Syria

BREAKING “Israel Warns Iran Get Out Of Syria”

Has Netanyahu Set the Stage for the Two Witnesses?

Breaking News: "Israel Prepares To Be Attacked By Iran" (Retaliatory)

Is Something Big About To Happen Prophetically?

"Tensions In The Middle East" Brink Of War

PM Netanyahu's remarks at his meeting with EU Foreign Ministers

Boomerang: Are the Gazan protestors innocent?

"Prophetic Day Of Atonement" Will You Receive Gods Blessing? 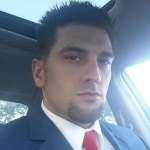